The forest products industry’s use of Paycheck Protection Program loans

The Paycheck Protection Program (PPP) offered loans to businesses to provide a direct incentive for them to keep their workers on payroll. Forest products companies across the US received $4.7 billion in PPP loans offered through the Small Business Administration. Over 34,000 loans were offered to forest products companies in the US from April 2020 through May 2021, affecting 485,000 workers in the forest industry.

The US Small Business Administration (SBA) managed the Paycheck Protection Program (PPP) between April 2020 and May 2021. This loan program was created in response to business challenges presented by the COVID-19 pandemic.

The program provided loans to businesses to keep their workers on payroll, with many borrowers eligible for loan forgiveness. As of May 10, 2021, 49% of all PPP loans distributed in 2020 have been forgiven ($257.5 out of $521.2 billion).

In total, nearly 800 billion dollars were allocated to US companies as a part of the PPP. The loan program was initially slated to expire on May 31, 2021, however, funds for the program essentially ran out on May 2, 2021.

Approximately four percent of PPP loans were delivered to companies in the forestry and agricultural sector. This article summarizes information on PPP loans provided to businesses in the forest products industry.

Data were acquired from the US SBA website (last updated 10 May 2021). To identify forest products companies, the North American Industry Classification System (NAICS) codes were obtained as a subset of the Agriculture, Forestry, Fishing and Hunting and Manufacturing industry titles. These represented 28 different industries including: 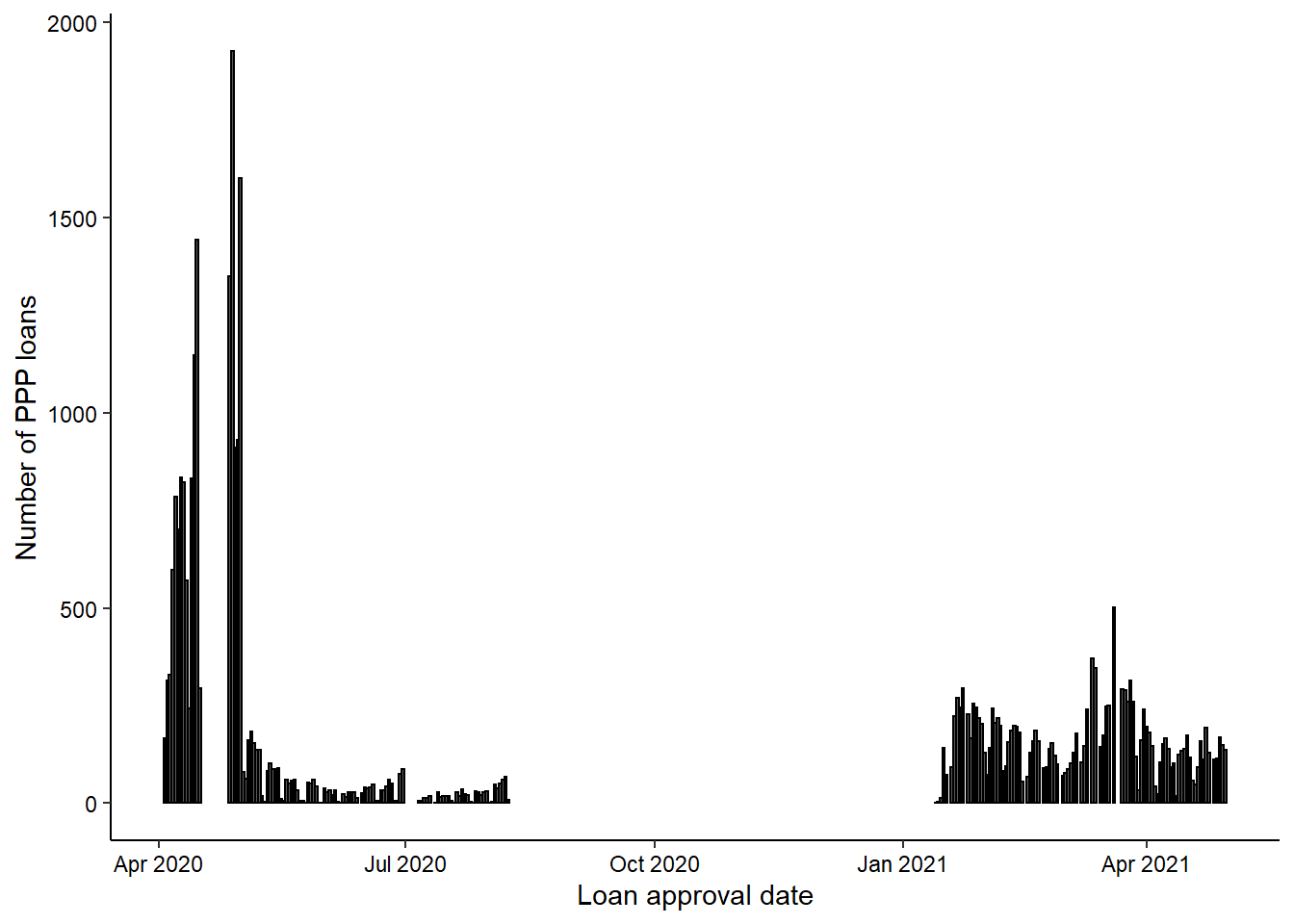 Figure 1. Daily distribution of PPP loans to forest products companies in three rounds of funding, April 2020 through May 2021. 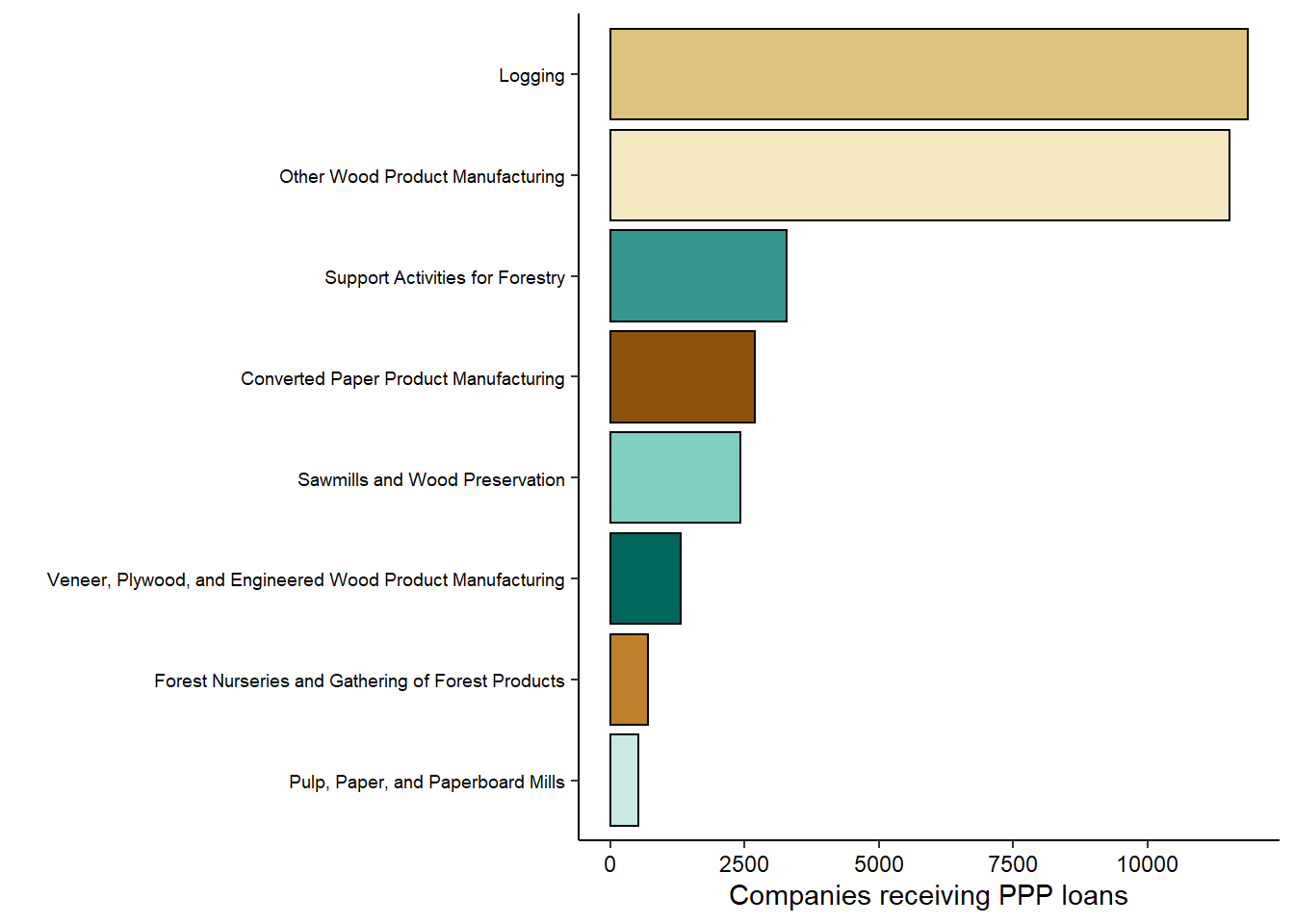 The number of forest industry jobs reported in PPP loan applications was positively related to PPP loan amounts (p < 0.001, \(R^2\) = 0.799). Most applications reported that the PPP loan would support fewer than 20 jobs with loans amounts lower than $200,000. 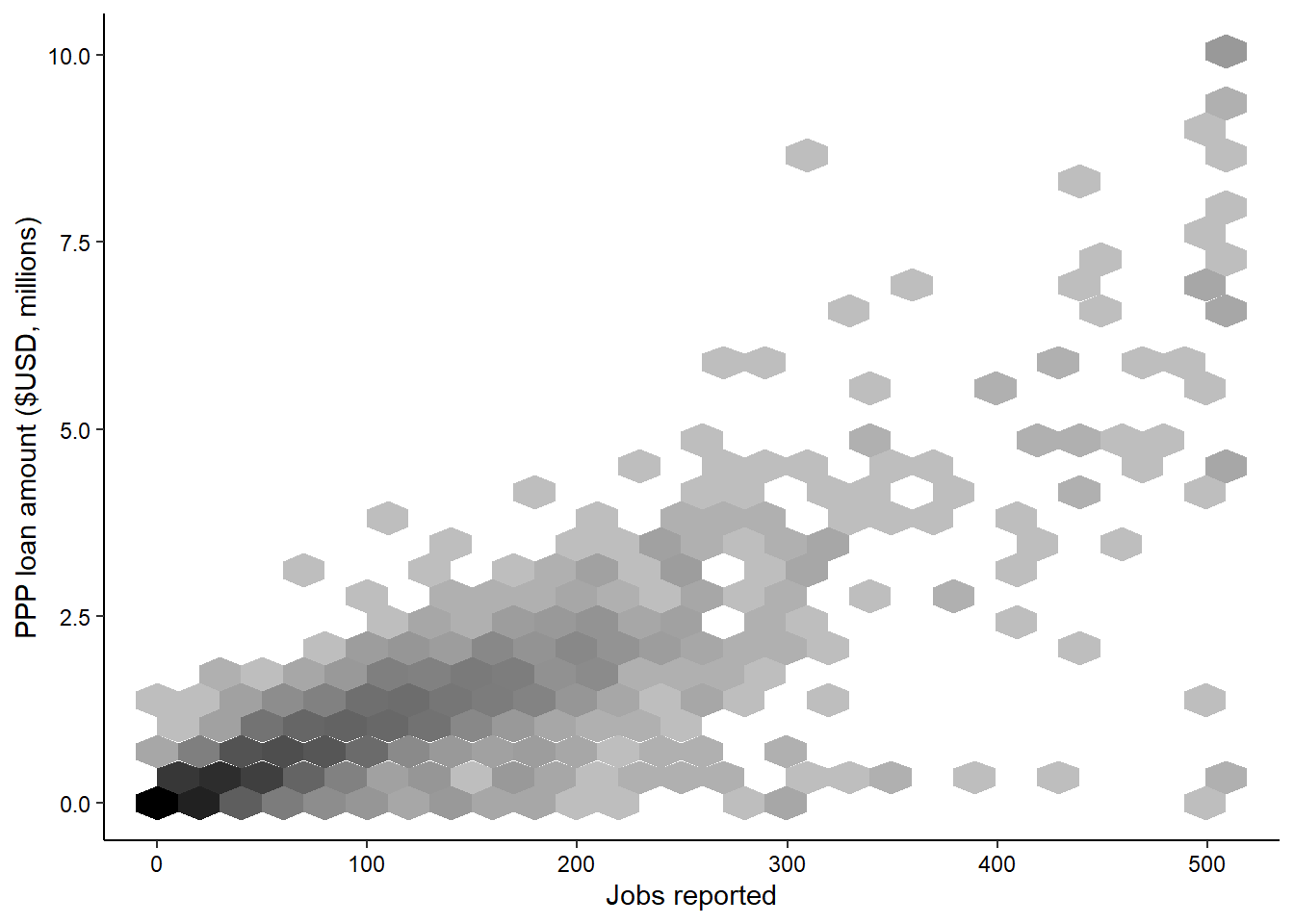 The majority of PPP loans (60%) were provided to forest product companies at an amount less than $50,000. Loans greater than $350,000 represented 61% of the total approved value of loans to all forest products companies. 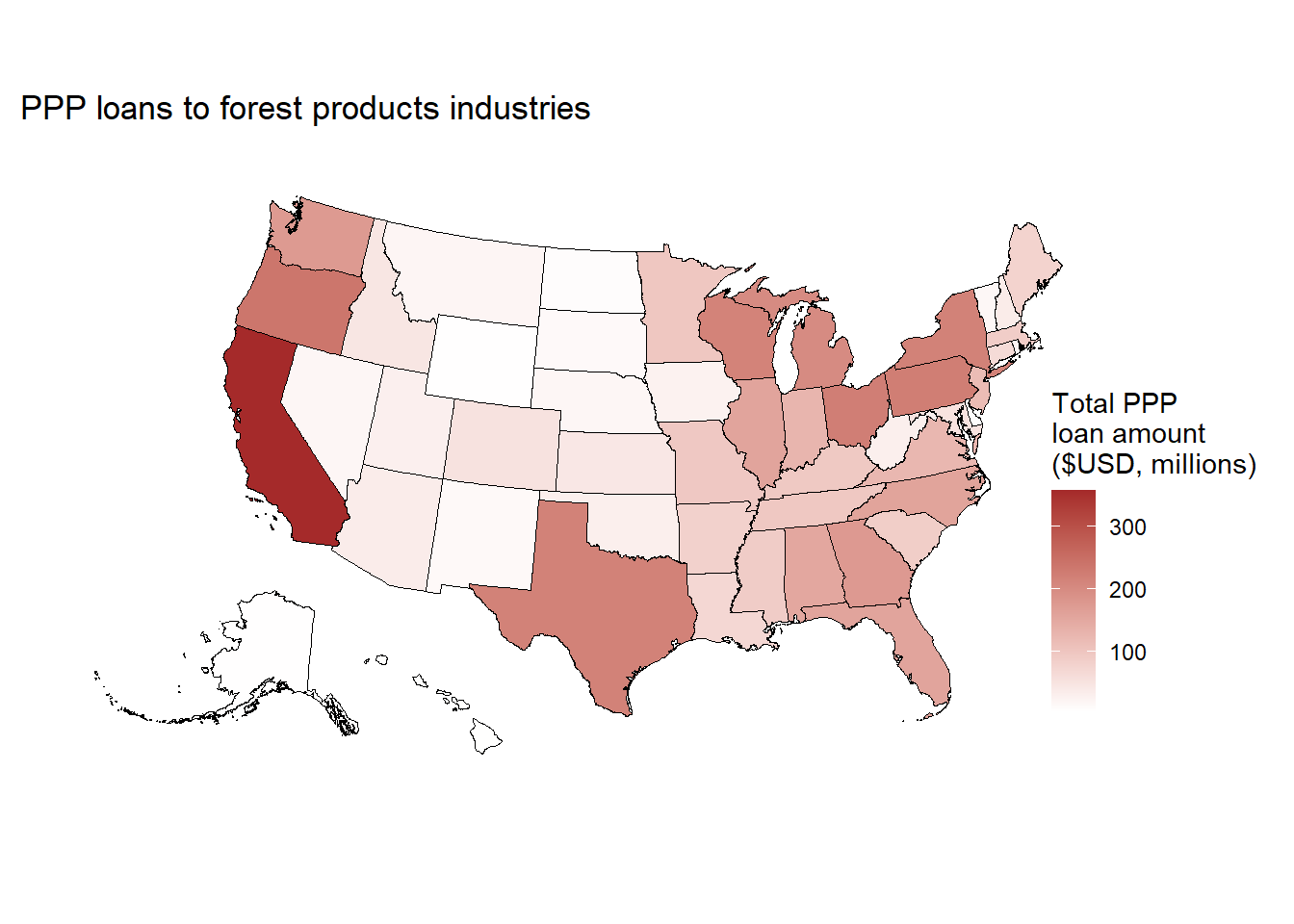 Rankings for each state are generally consistent with a few notable exceptions. States in the Pacific Northwest (Oregon and Washington) along with Michigan were “PPP winners”, obtaining a greater proportion of PPP loans relative to their state’s economic contribution to GDP. States in the southeastern US (Tennessee, Alabama, and North Carolina) ranked in the top ten for total contribution to GDP but outside of the top ten in their total value of PPP loans requested.

In total, PPP loans to the forest products industry helped to support 485,000 jobs with loan amounts totaling $4.7 billion. Over 34,000 loans were offered to forest products companies in the US from April 2020 through May 2021 through the PPP program. Funds for the PPP program ran out three weeks earlier than expected in early May, pointing to a slow economic recovery across US businesses. In the forest products industry, PPP loans have no doubt helped companies to keep workers employed in this essential industry.

Code and data that produced this article is available on GitHub.

Email Matt with any questions or comments. Sign up for The Landing for monthly in-depth analysis on data and analytics in the forest products industry.

Testing the assumption: Half of the biomass of a tree is carbon