Ruffed grouse and West Nile: A review of the binomial distribution 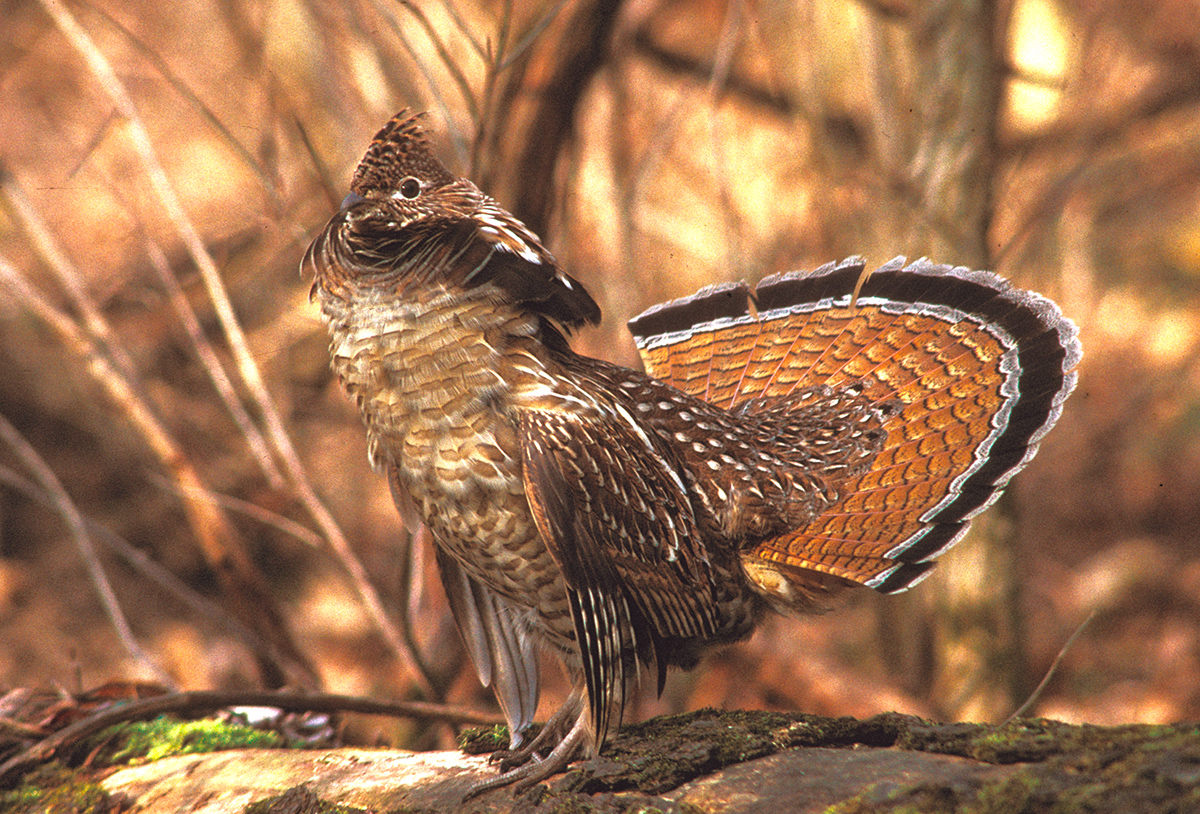 There’s been a lot of talk in the wildlife community about the West Nile virus and its impacts on ruffed grouse populations.

The total number of ruffed grouse sampled in each of the three states, and those that showed antibodies consistent with West Nile virus is shown in the table below:

These tests found a much smaller number of birds that had West Nile in their hearts, indicating that the grouse were mostly healthy when they were sampled.

Using the grouse data, we can think of whether or not a grouse has West Nile as a Bernoulli trial. If a group of grouse are sampled, some number of them may have the West Nile virus, and we have a binomial distribution.

A binomial distribution is a sum of Bernoulli trials. It is measured by the count of successes (X) with parameters n and p, where:

If a count has a binomial distribution with n trials and probability of success p, the mean can be determined as np and the standard deviation as np(1-p).

The formula for finding the probability of exactly x successes is:

Or, there would be about a 43% chance that if you sampled six grouse from Michigan, none of them would have West Nile.

Below shows a visualization of sampling n = 6 ruffed grouse from Michigan and calculating the probability of each possible number of grouse being infected with West Nile: 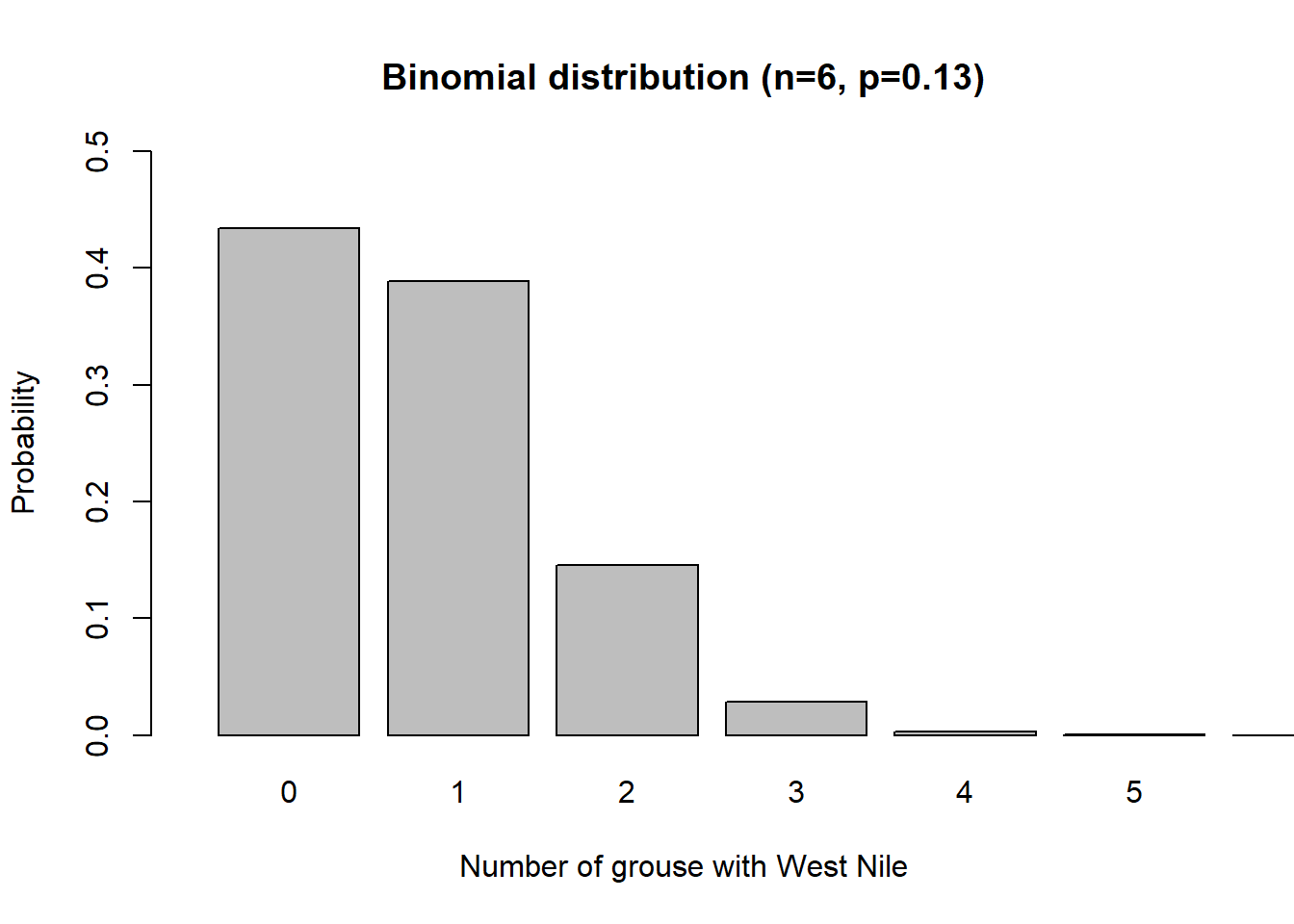 We can see that if six birds are sampled, the most probable outcome is that zero ruffed grouse will have West Nile.

Now we can sample ruffed grouse from Michigan with n = 60. The probability of a grouse infected with West Nile is the same as the previous graph (p = 0.13), but what do you notice about the distribution when n = 60? 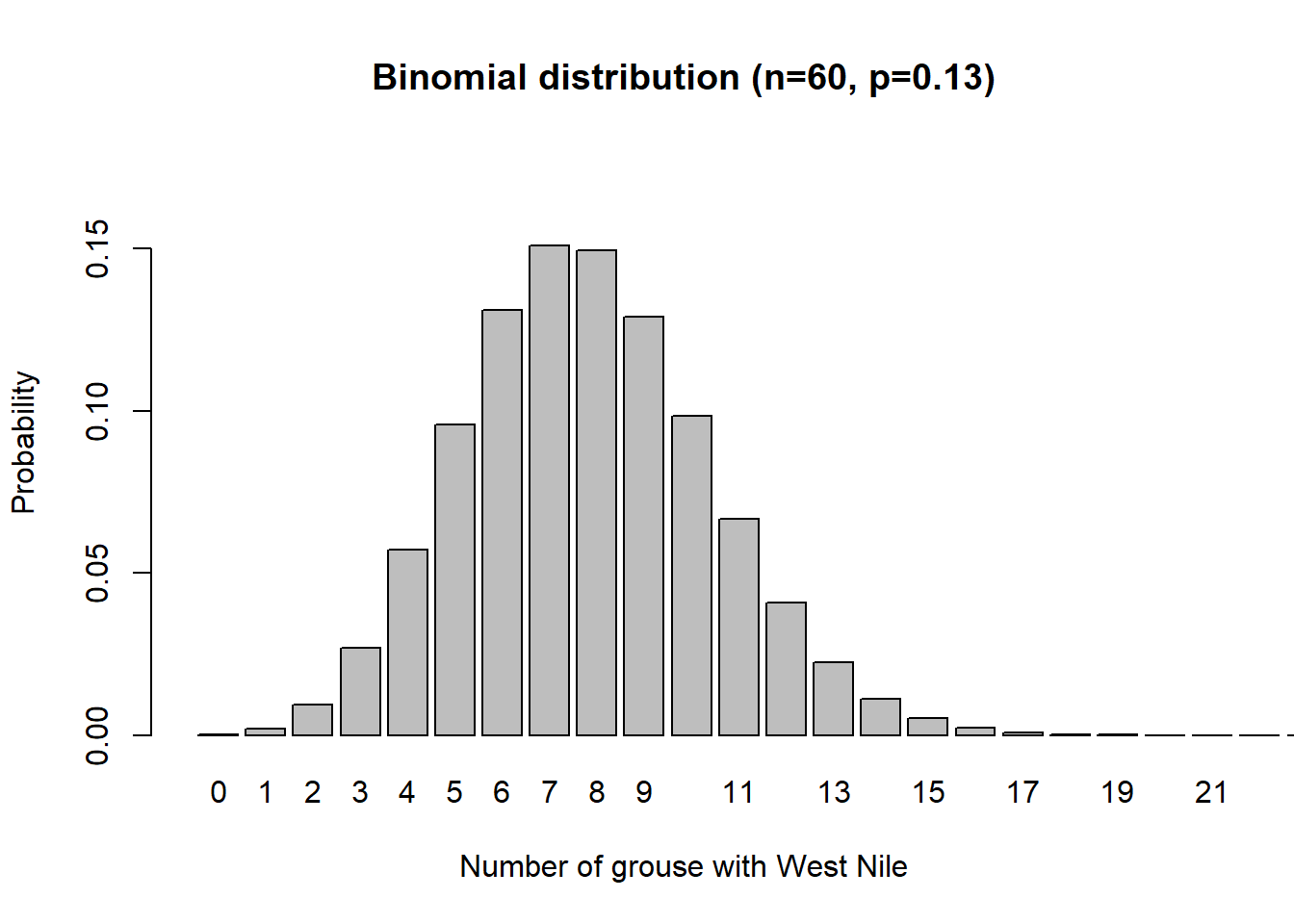 First, we can see that if 60 birds are sampled, it is most likely that around eight of them will have West Nile. Second, as n gets larger, something interesting happens to the shape of a binomial distribution: it looks more like a normal distribution. 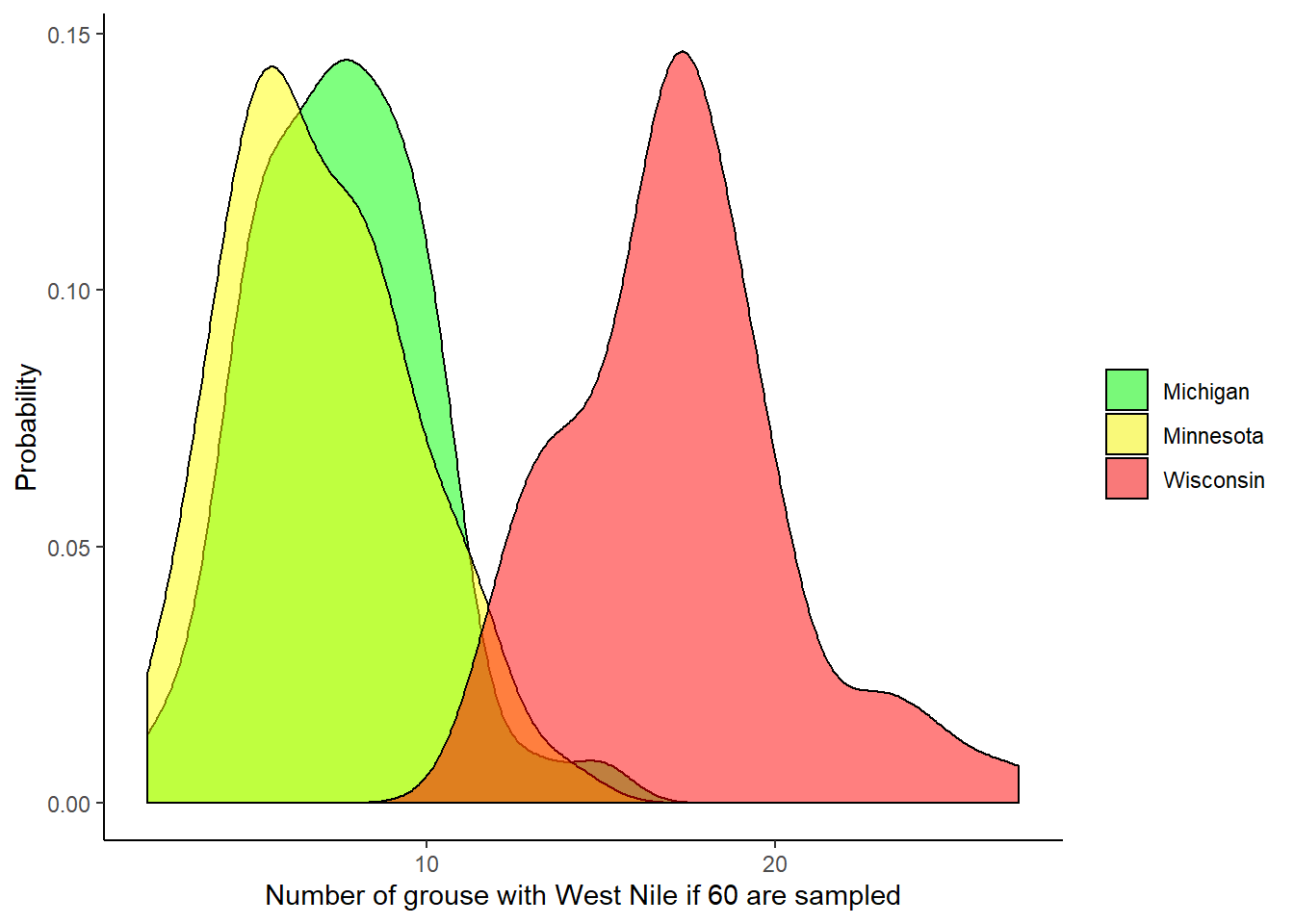